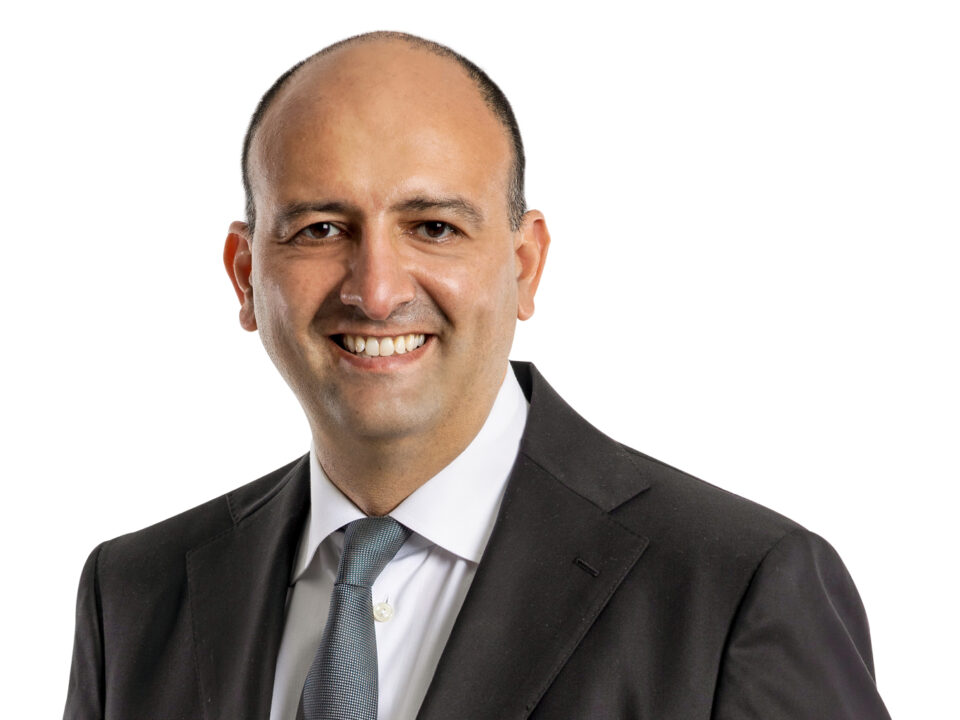 CEO, President, and Chairman of the Board

James Ordonez, the recipient of the European Golden Cross 2016 for his contribution to the Union of People and Countries has received the Spanish Knight title of Excelentisimo (“The Most Excellent”) in Barcelona, Spain on March 12th, 2016 by the Fundación de Fomento Europeo and fully endorsed by his Majesty, the King of Spain Felipe VI. Therefore, Mr. Ordonez has gained the right to be addressed as “Sir” (in English) or “Don” (in Spanish) as per terms of the Paris Charter 1990 in all European and Commonwealth Countries U.S., and Canada. 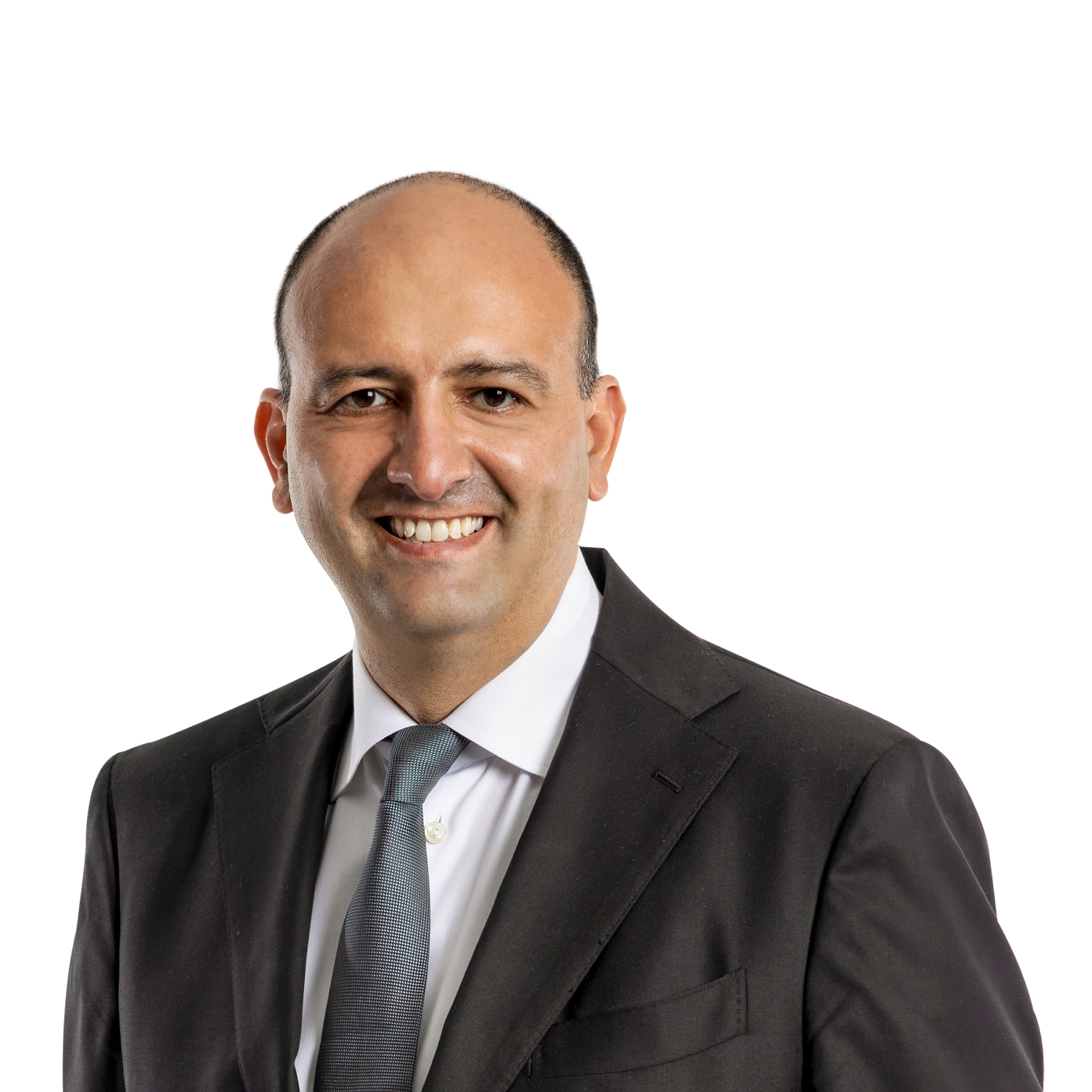 CEO, President, and Chairman of the Board

James Ordonez, the recipient of the European Golden Cross 2016 for his contribution to the Union of People and Countries has received the Spanish Knight title of Excelentisimo (“The Most Excellent”) in Barcelona, Spain on March 12th, 2016 by the Fundación de Fomento Europeo and fully endorsed by his Majesty, the King of Spain Felipe VI. Therefore, Mr. Ordonez has gained the right to be addressed as “Sir” (in English) or “Don” (in Spanish) as per terms of the Paris Charter 1990 in all European and Commonwealth Countries U.S., and Canada. He is an attorney at law with a Juris Doctor degree from Rosario University and graduated from Cambridge University, England. He holds Master’s degrees in International Business and in Advanced International Banking transactions. As an attorney and expert in International Banking, he has been an external solicitor for major Multinational financing groups and entities including but not limited to Citibank, Lloyds Bank, Central Bank of Colombia, HSBC, and many others.

He has 22 years of experience in the financing of Hotels, Films, and Entertainment related-projects. He was the Director of the International Business Program at Rosario University and a lecturer at major universities around the world. In the Films Business, James Ordonez, writer, producer, director, and attorney, has been an essential part of numerous Hollywood success stories. His background and experience include films like “The Mission” starring Robert De Niro and Jeremy Irons, “Cobra Verde” directed by Werner Herzog, and “Chronicle of a Foretold Death” directed by Francesco Rossi. “Nostromo” starring Albert Finney and Colin Firth, “Proof of Life” starring Russell Crowe and Meg Ryan, “The Dancer Upstairs” directed by John Malkovich, “Stuck” starring Stephen Rea and Mena Suvari, and multiple award winner super-production “Quo Vadis” for HBO, among many others. He has also produced international multiple award films, including but not limited to “There Be Dragons: Secrets of Passion” “Without Men,” “Singularity” and others. As Executive Producer, Distributor, President, and partner of international distribution company Tayrona Entertainment Studios, James Ordonez has been behind more than 300 international blockbuster films.

(In partnership with Intermedia Real Estate) 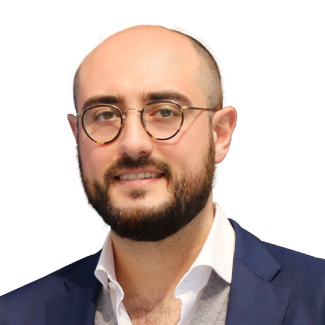 Claudio Genovese is CEO of Intermedia Real Estate, a historic and highly respected agency in Monte Carlo. Founded in 1960, the agency quickly built a solid reputation for honesty, loyalty, and integrity and has become one of the leading real estate agencies in the Principality. The agency’s reputation and core values are what attracted the Genovese family to this exciting opportunity and CEO and DOMUS AUREA INTERNATIONAL.

Born in the Principality and having acquired international experience (Monaco, Switzerland, Miami Luxembourg) as an asset manager, financial advisor, and real estate developer, Claudio has been able to work on complex operations, develop diversified portfolios of the most performing but also, to create an international network both in the private and public sector to best satisfy his local and international clients.

Claudio, together with his father Antonino, decided to buy the historic agency INTERMEDIA, founded in 1960, through which they currently managed over $300mil of AUM in the principality of Monaco. 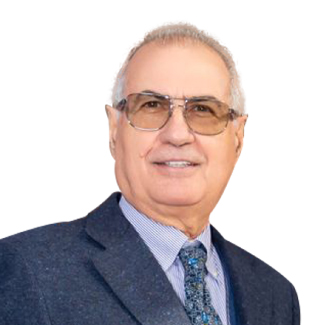 Antonino Genovese has been the owner of the INTERMEDIA agency since July 2020.

Antonino decided to leave his native Italy and settle in the Principality in 1984 to develop his import-export business, originally founded in Genoa, which allowed him to travel the world, create an international network and learn various languages and customs.

With more than 50 years of international commercial and real estate experience in Monaco, Switzerland, Miami, and Luxembourg, and having always considered the Principality as one of the most privileged countries in the world to invest in and present prestigious products, Antonino decided to buy with his son Claudio the historical agency INTERMEDIA, in order to promote their real estate projects in the Principality and internationally.

Antonino has taken a dynamic and positive approach by optimizing the internal workings of the INTERMEDIA agency, adopting a new property management program that speeds up and optimizes the relationship between the agency and the owner/tenant of the property. 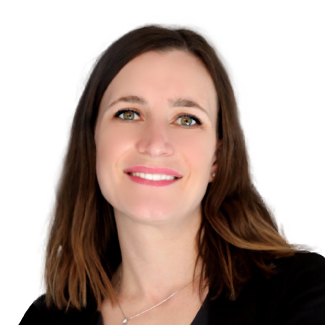 Audrey has more than 10 years of experience in the Principality. She is a real interface between the clients, the sales team, and the management. 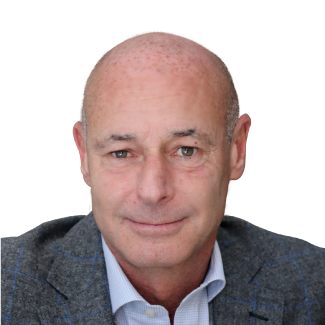 With more than 30 years of commercial and real estate experience in the Principality, Federico has worked with the most important construction and real estate development companies, for which he was mainly dedicated to the transactional aspect and was able to participate in the sale of the first Monégasque real estate fund. 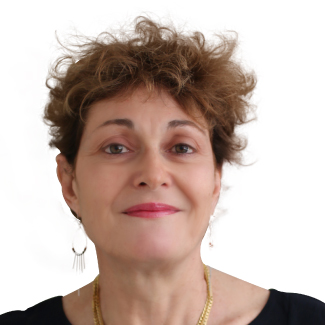 Lysiane Lancri has been in charge of the management of the INTERMEDIA agency since before it was taken over by the Genovese family.

Thanks to her 20 years of experience in rental management and accounting in France and in the Principality, Lysiane joined the INTERMEDIA agency, to dedicate herself completely to the management of your properties and to be your intermediary with regard to the trustees while promoting our brand image. 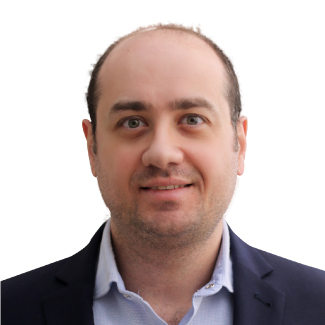 Having developed experience in accounting and financial trading both in Monaco and in Switzerland, Roberto decided to return to the Principality, where he grew up, to join his family in this new entrepreneurial and family adventure. 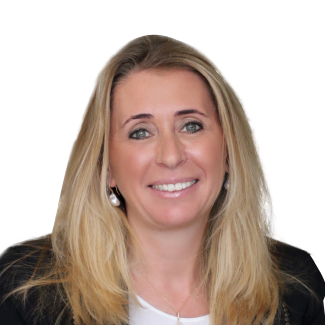 With more than 20 years of real estate experience in the Principality, Elena is a reference in the Monégasque market and has participated in important transactions.

Dynamic, smiling, and attentive to her clients, she is always available to accompany you in your projects. She has decided to enrich her professional experience by joining the INTERMEDIA agency to meet the needs of a demanding clientele.

Vice President of Spain and Portugal 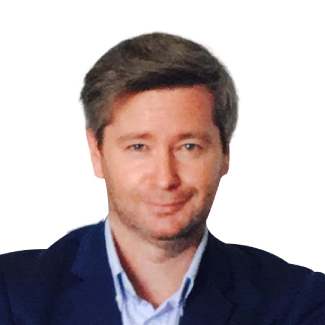 Vice President of Spain and Portugal

Mr. José Ángel Blanco García has a degree in Industrial Engineering from the University of Zaragoza, he has developed his professional activities in the following positions:
Vice President Spain and Portugal at Tayrona Capital.

Director of Operations at Manpres.

In all positions, he has been linked to the financial and commercial side of each of these companies.

José Ángel’s qualities are his negotiation skills, efficiency, professionalism, and care for the corporate image should be highlighted in the development of his duties.

If there is a phrase that defines the business management of Mr. José Ángel Blanco, it would be the following phrase by Winston Churchill:  “Attitude is a little thing that makes a big difference”. 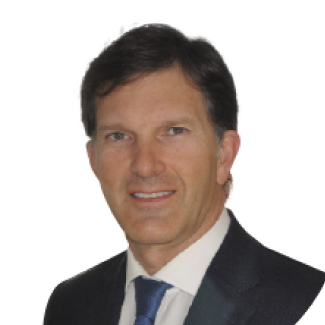 Representative and responsible for the advice and management of real estate investment activities in Spain of various funds and investment banks.

He has more than 30 years of professional experience dedicated to the management of urban projects, start-ups, and operation of industrial facilities, building contractors, and renewable energies.

He also has experience in the building process (design and construction) and in the structuring (acquisition, financing, transmission, and sale) of high-added value real estate investments in various areas (residential, commercial, and office buildings).

José Ángel is a Civil Engineer from the Polytechnic University of Madrid, with a specialization in Urban Planning and a specific Master’s degree in building, business management, and finance. 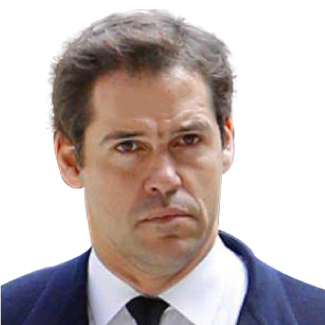 Louis Alphonse de Bourbon is the head of the House of Bourbon by primogeniture. The Bourbons are the royal family of Spain. Members of the family formerly ruled France and other countries. As a pretender to the French throne, he is styled Louis XX and Duke of Anjou.

He is also a private banker in Banco Banif (Madrid), BNP Paribas Madrid and the International Vice-President of Banco Occidental de Descuento in Caracas. 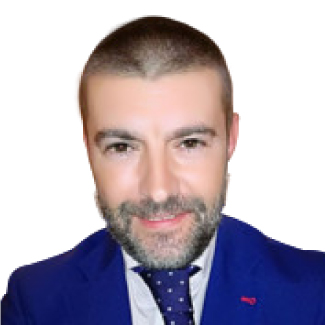 A professional in Economics at the Universidad Autónoma de Madrid with a Master’s Degree in International Financial Markets.

Mr. Soriano Gallego has been an auditor of financial companies for Mazars Group in France, director of the Banco Popular in Panama, and Balboa Bank and Trust for the Caribbean region.

He has also been CEO of several financial companies including Albecasa, Iberpan Global, Soriano Gallego Infinity Financial, and Hemisferio Veloz among others.  Soriano Gallego has vast experience in corporate and international Banking, an expert in the Latin American and Caribbean markets. 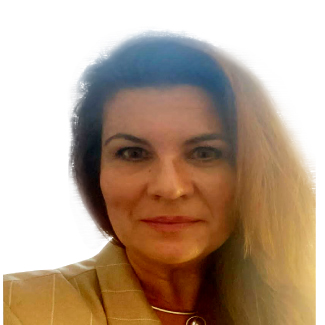 With a vast experience in international commerce. Ms, Quintana has been a financial consultant for several groups in Europe and the Middle East.  She has also been a director of operations for several financial platforms. 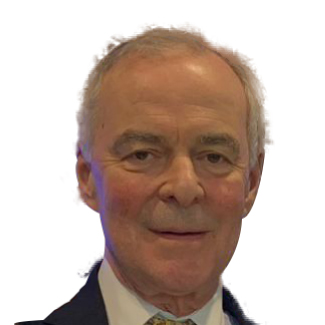 The son of the 2nd Viscount Trenchard and Patricia Bailey, he was educated at Eton College in Berkshire and at Trinity College, Cambridge, where he graduated with a Bachelor of Arts in 1973. Trenchard served in the 4th Battalion, The Royal Green Jackets from 1972 to 1980, reaching the rank of Captain. In 2006, he became Honorary Air Commodore of 600 (City of London) Squadron, Royal Auxiliary Air Force. He is a Deputy Lieutenant of Hertfordshire since 2006, and a Lieutenant of the City of London since 2016. He was appointed Senior Adviser to Her Majesty’s Government on Japanese Financial Services in 2018.

Trenchard worked for Kleinwort Benson from 1973 to 1996, as the chief representative in Japan between 1980 and 1985, and as director between 1986 and 1996. For Kleinwort Benson International, he was a general manager of its Tokyo branch from 1985 to 1988, president from 1988 to 1995, and deputy chairman from 1995 to 1996. He was director of Dover Japan Inc from 1985 to 1987, of ACP Holdings Ltd from 1990 to 1994, of the Japan Securities Dealers’ Association as well as of Bond Underwriters’ Association of Japan from 1994 to 1995. For the European Business Community in Japan, he was chairman of the securities committee between 1993 and 1995 and vice-chairman of its council in 1995. Trenchard was director of Robert Fleming & Co. from 1996 to 1998, and of Robert Fleming International from 1998 to 2000. He was director of Berkeley Technology Limited (the former London Pacific Group Limited) from 1999 to 2010. He was Managing Director, Investment Banking, for Mizuho International plc from 2007 to 2012 and Senior Adviser to Mizuho Bank, Ltd from 2013 to 2014. Furthermore, he was further director of AC European Finance Limited from 2001 to 2003 and of Dryden Wealth Management Limited from 2004 to 2005. Trenchard was also chairman of The Dejima Fund Ltd from 2001 to 2009, from 2002 to 2008 senior adviser of Prudential Financial, and from January to December 2006 director-general of the European Fund and Asset Management Association. He has been chairman of Stratton Street PCC Ltd since 2006, a director of Lotte Chemical UK Ltd since 2010, and a director of Adamas Finance Asia Ltd since 2017. He was a consultant to Optum Health Solutions UK Ltd from 2014 to 2018 and a consultant to Japan Bank for International Cooperation since 2017. 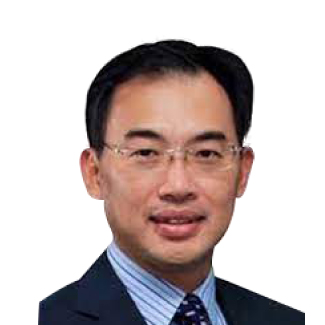 Prior to being the director of Tayrona Financial in Singapore, Mr. Pek has been previously the chairman of BP Singapore and a partner in KPMG’s Management Consulting in Singapore and Asia.  He is also a non-executive director in several organizations in the oil & gas and infrastructure development sectors.